The tradition of nibbling on salty snacks while sipping a glass of wine or aperitivo (cocktail) and sharing a plate of appetizers with friends is not a recent phenomenon. This custom is deeply rooted in Italian history. Ancient Romans spent many an hour in country osterie (inns) and smoke-filled taverns doing much the same thing. Yes folks, it seems the Italians invented the “Happy Hour”. Most of the taverns had one side opened to the street with a counter top to cook offering merende (snacks). Bakeries did the same thing, selling fresh out-of-the oven bread to those who were lured by the hard-to-resist aroma. (who among us can resist fresh baked bread?) Various kinds of stands were set up in the piazza selling different kinds of meats and cheeses, hot fritters and savory tarts. A tradition that goes on to this day with the numerous sidewalk cafes and bars. It’s worth a trip to Italy for the street food alone!

I have made Cece in three different flavors, regular with just the salt, Italian and cinnamon-sugar. You could use any flavor you like, get creative and let me know how they turn out.

Italian version: follow the directions for the salt variety above , then add 2 teaspoons of Italian seasoning (in addition to the salt). I use these in place of croutons for salads (gluten-free and more nutritious). Has a similar texture to toasted nuts.

Sweet version: follow the same directions (using just a bit of salt), add 2 teaspoons cinnamon and sugar to your taste. 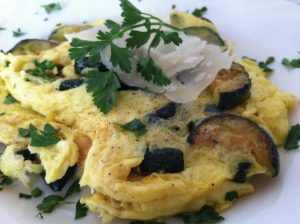 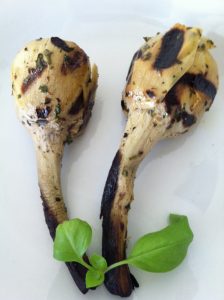