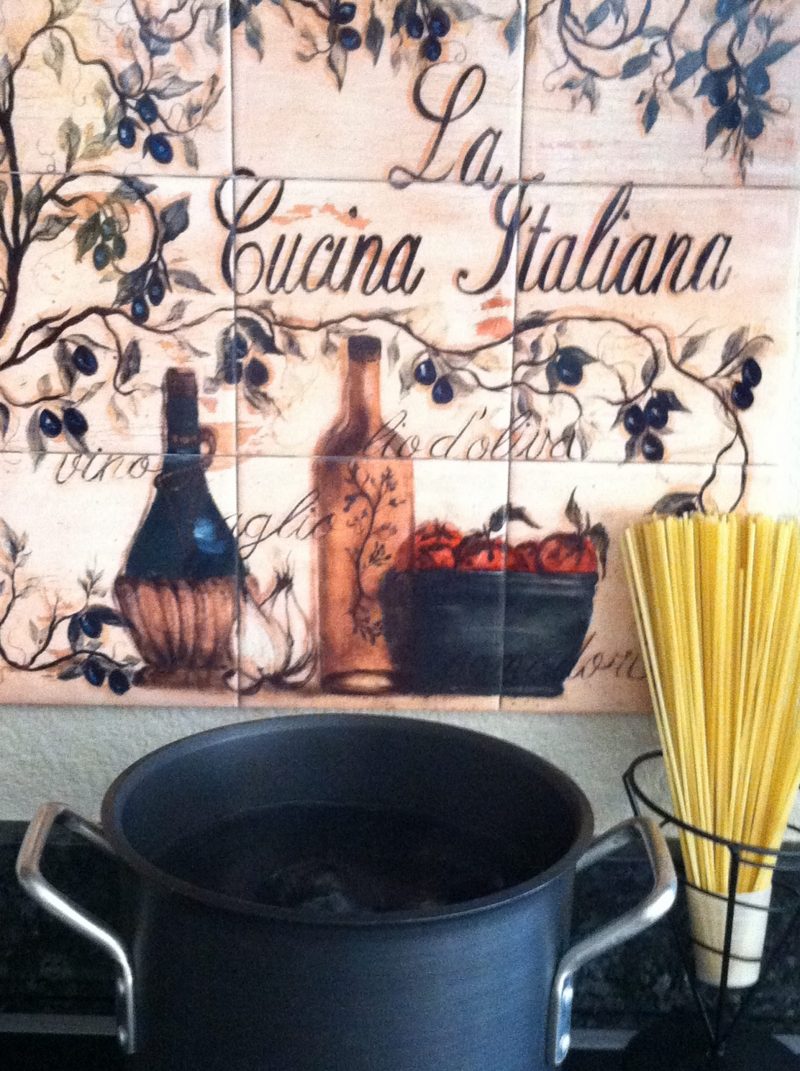 Cooking pasta properly is not rocket science, but according to a survey by Barilla, an Italian pasta manufacturer, more than half of Americans do not cook it correctly. You would think that cooking pasta is as easy as boiling water and it is … almost. This month I will be preparing a variety of pasta dishes and in the event you did not have an Italian grandmother telling you how to boil water (seriously), consider this your official lesson. You need a lot of water to cook pasta, which means a large pot, one that holds 5-6 quarts of water for one pound of pasta. If you do not use enough water, the pasta will become gummy because it’s natural starches aren’t getting diluted properly.

The addition of salt is imperative! The water used for cooking pasta should be as salty as the sea. I use a minimum of 2 tablespoons of  kosher salt or “sale grosso” (big grains of salt), per pound of pasta.  Don’t worry, you will not taste the salt, rather you’ll taste the pasta.  Add the salt after the water has come to a boil, unsalted water has a lower boiling point so it will boil a little faster (putting a lid on the pot helps too). To help you get a visual of how much salt you are using, measure it, then pour into your hand, after awhile you won’t need the measuring spoon. Another tip is to taste the water by quickly tapping the water’s surface with your finger.

Okay, you now have a large pot of rapidly boiling salted water, add the pasta, making sure to get the water boiling again as quickly as possible to insure it cooks properly, then stir for a minute or two.

There are some folks (not Italians), who would at this point, add olive oil to the pot, believing it will prevent the pasta from sticking together and keep the water from bubbling up and boiling over the rim. Do not add oil! Instead, stir the pasta immediately after submerging it into the boiling water, this will keep the strands from sticking to the bottom of the pot and each other and use a large enough pot. The addition of oil will only coat the pasta and the sauce will not stick to it properly. 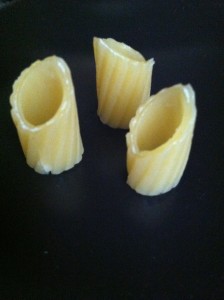 Last, certainly not least and  molto importante (very important), is the cooking time. I realize that how cooked you eat your pasta is subjective, but if you overcook it, you might as well throw it out (In Italy, overcooking pasta is a sin). Do not rely on the package to give you the correct cooking times (it’s only a guideline), the secret to cooking pasta perfectly is to test it as you cook it.  A couple of minutes before it is suppose to be done, take out a piece or two and break it open, in the center will be a chalky, uncooked area that snaps when bitten and is poetically known as the anima, or soul of the pasta. If you are making sauce, this is the time to take out a ladle or two of the hot starchy water (the secret ingredient for perfectly creamy sauces), continue cooking the pasta until the anima fades (keep taste testing).

Pasta should be tender but still firm, we call it “al dente”. Cooking to the al dente stage means that there are just the right amount of starches on the surface of the pasta to absorb the sauce, if you rinse the pasta, you will eliminate the starches. Don’t rinse the pasta. Remember the pasta will continue to cook while it’s being drained, so allow for that extra minute when you’re testing for doneness. At this point, turn off the heat, drain but do not rinse and sauce immediately.

You may also enjoy Pasta and Sauce. 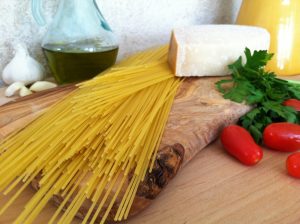 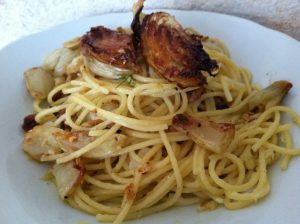