The sign of the cross, often the first thing a Catholic does upon waking, and the last thing done before bed, is not simply a way to begin praying, it is a powerful prayer in itself.

As a young girl, I vividly remember my mother and grandmother making the sign of the cross every time we passed a Catholic church … but I don’t recall if I knew why. We do this as a sign of reverence for Jesus, present in the tabernacle. I’m not aware of any official “endorsement” of this practice by the church, but such a gesture of faith is a long-standing custom in many cultures — particularly in Italy. We also made the sign of the cross when passing a cemetery (as a “quick prayer” for those buried there) or when an ambulance or fire engine went by (asking God for a favorable outcome to that emergency).

The theologian Tertullian, in the year 211 A.D., in a work called “The Chaplet,” wrote: “In all our actions, when we come in or go out, when we dress, when we wash, at our meals, before resting to sleep, we make on our forehead the sign of the cross. These practices are not commended to us by a formal law of Scripture, but tradition teaches them, custom confirms them and faith observes them.”

The sign of the cross is an act of faith that brings us into God’s presence and originated among people who were not far removed from Christ himself. Early Christians learned to make the sign of the cross at their Baptism when the celebrant marked them with it to claim them for Christ. There is some evidence for this in Scripture. For example, St. Paul reminded the Ephesians that they received the sign at Baptism when he said: “You have been stamped with the seal of the Holy Spirit of the Promise” (1 Cor. 1:13). And Paul may have been speaking of his being signed with the cross at Baptism when he told the Galatians that “I carry branded on my body the marks of Jesus” (Gal. 6:17).

By the third century, Christians frequently marked their foreheads with the cross. They also traced the little sign on their lips and breasts, as we still do today when the Gospel is announced at Mass.

By the end of the Middle Ages, probably under the extensive influence of Benedictine monasteries, where the practice was to make a large left cross with an open hand, most Western Christians were making the sign of the cross as we do today. The movement from forehead to breast meant that Christ came down from heaven to earth in his Incarnation, and the movement from the left to right shoulder indicated that Christ at his death descended into hell and then ascended to heaven to sit at the Father’s right hand.

The prayer that we say while making the sign derives from Jesus’ command, written in Matthew 28:19, that the Church should baptize new disciples “in the name of the Father and of the Son and of the Holy Spirit.”

Each time we make the sign of the cross, we renew our profession of faith in these truths in an abbreviated but spiritually dense form. We express our belief in, and commitment to, the Father, Son, and Holy Spirit, and we acknowledge their work of creation, salvation, and sanctification.

In the past, many Christians believed that even without our pronouncing the words, the gesture itself confessed our faith. They held that making the sign affirmed essential Christian doctrines: Touching our forehead and descending to our breast declared that we believe the Father sent his Son from heaven to earth to assume our human nature. Touching the left shoulder confessed that the Son died on the cross to bring us salvation. And moving to the right shoulder professed our faith in his Ascension to heaven and his sending of the Holy Spirit to sanctify us. The sign of the cross holds us to these Christian realities. It assures our loyalty to God and our fidelity to basic Christian doctrines, and so contributes significantly to our spiritual well-being. I believe we should do it deliberately and often.

Signing yourself more thoughtfully (rather than routinely) will open you more fully to God and strengthen your relationship with him. Few spiritual disciplines offer so much benefit for so little effort as this ancient and holy gesture.

With the sign of the cross, we remember God’s name, and in response he takes us into his presence and blesses us. So, it is not merely a formula that opens and closes our prayers. The sign is an action that draws us near to God and makes us aware that we walk and pray in his company. Such a little gesture, so wonderful a consequence. 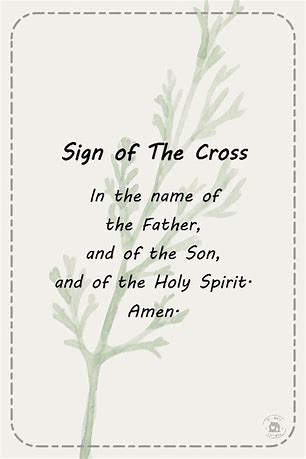 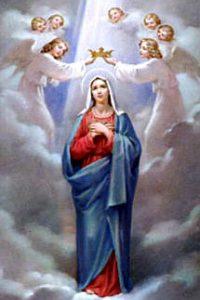 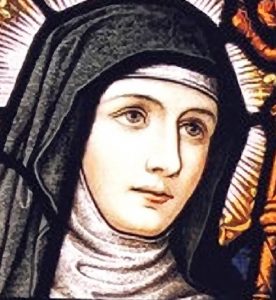