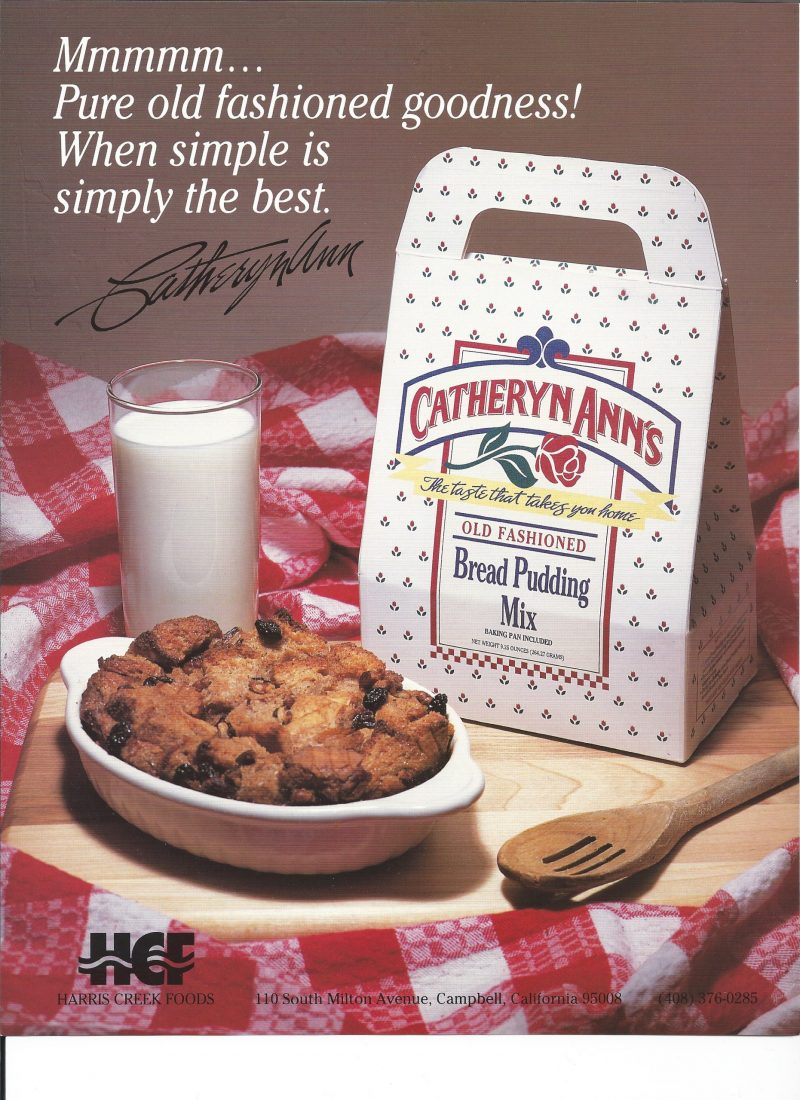 Once upon a time there was a young woman who made a very good bread pudding. So good was this bread pudding that those who tasted it suggested she share it with everyone in the land. Intrigued by the idea, the young woman prepared this special treat, packed it up, hopped on a plane, hailed a taxi, and rushed to keep her appointment with the man in charge of  “the land“.

While waiting in his enormous office, she opened up the lovely picnic basket she brought, unfolded a small linen table cloth and began setting the scene for her presentation. The dessert plate and vintage napkin added to the rustic elegance being created. A fork made of pewter was the final touch.

When the door opened she stood up and proper introductions were made. With a sense of calm and southern grace she lifted the bread pudding out of the basket and served it with a huge smile.” It’s a taste that takes you home”, was all she said … “Mmmmm!” was all she heard.

She left his office with a very nice order for the bread pudding. It was as if a magic wand had been waved over her from the man in charge of  “the land” … DISNEYLAND.

The moral of this story: Be careful what you wish for.  I had thirty days to find a manufacturer ( I was putting together the packages in my home). I took a deep breath, said a prayer and committed to the 10,000 boxes that we needed. I am still amazed that I just went for it. Catheryn Ann’s Bread Pudding was sold in the Country Store on Main Street, Disneyland. 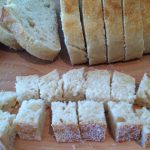 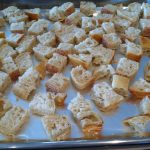 Cut bread into 1 inch cubes, toast in 300* oven for 20 minutes.
Turn off oven but leave bread cubes in while you prepare the egg and milk mixture.
In a large bowl, beat eggs until frothy.
Add sugar, vanilla, spices, butter and milk. Beat until thoroughly blended.
Stir in raisins and pecans. 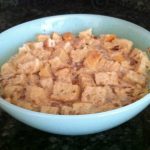 In a large bowl, pour the milk mixture over the toasted bread cubes. Toss until soaked.
let rest on counter for 55-60 minutes. 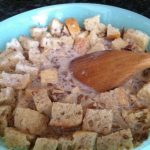 Stir every now and then to allow bread to absorb the liquid. 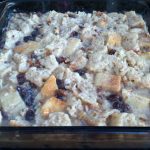 The bread pudding should be browned and crusty on top. 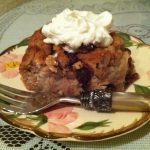 If there are any leftovers, slice and fry for french toast, you’ll never go back to plain bread again. 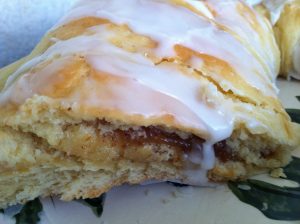 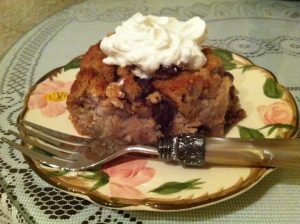