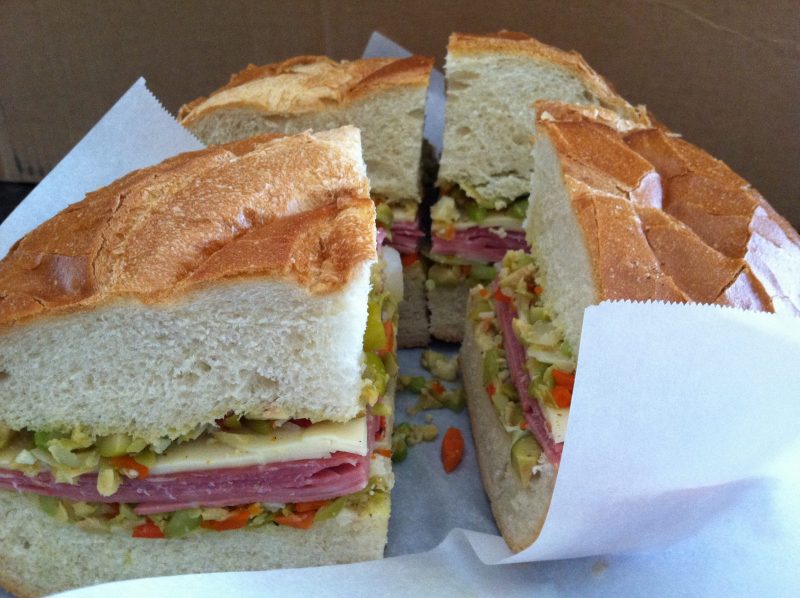 The last time I took a BIG bite of a Muffuletta, I was with my sister, Theresa. We left the kids and hubby’s at home for some sister-to-sister time and to satisfy our hunger for a taste of New Orleans. It was Mardi Gras season with people visiting from all parts of the globe.

Staying at the Bourbon Orleans in the French Quarter, meant we were within walking distance of some of our favorite eateries. Cafe du Monde for our beignets and cafe au lait, Muriels for soft-shelled blue crab, Court of Two Sisters for brunch and of course Central Grocery, home of the Muffuletta.

Salvatore Lupo, a Sicilian immigrant, opened Central Grocery in 1906. It’s a wonderful little Italian grocery store with a sandwich counter. It is here where he invented the Muffuletta for the Sicilian farmers. The farmers sold their fruits and vegetables at the farmer’s market in the French Quarter.

According to Salvatore’s daughter, Marie, the farmers would come to her father’s grocery for lunch and in typical Sicilian fashion (eating small bites separately), order a piece of cheese, a bit of salami, a few olives and some bread. The grocery had no tables and chairs so the men sat on crates and balanced their tray of food on their laps. Salvatore thought a sandwich full of their favorite bites would be easier … thus the Muffuletta was born.

To make the olive salad: 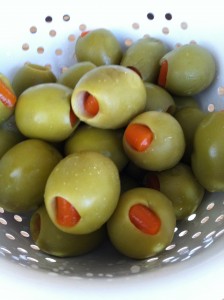 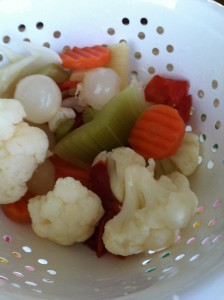 Chop the giardiniera in the same manner or use a food processor for both. 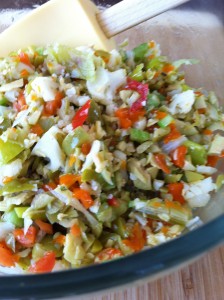 In a large bowl, toss together the rest of the ingredients (except the bread, meats and cheese).

Cover and refrigerate at least 24 hours.

To make the Muffuletta: 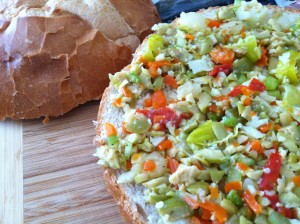 Split the bread in half horizontally.
Spread 1 cup of olive salad on the bottom half. 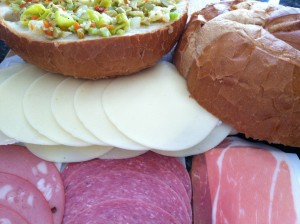 Layer with all of the mortadella, salami, prosciutto and the provolone. 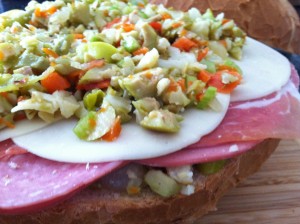 I add another cup of olive salad on the top. (Spread evenly).

Cover with the top half of bread, slice in quarters.

This sandwich will serve 4 tourists, 2 New Orleanians or  1 maiale (pig in Italian). 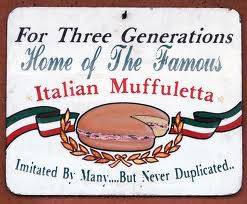 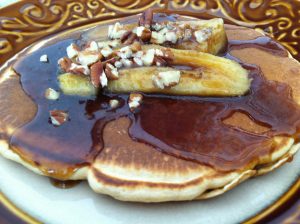 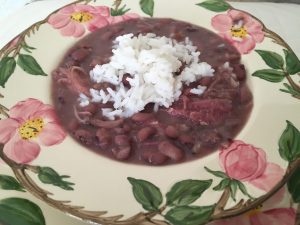