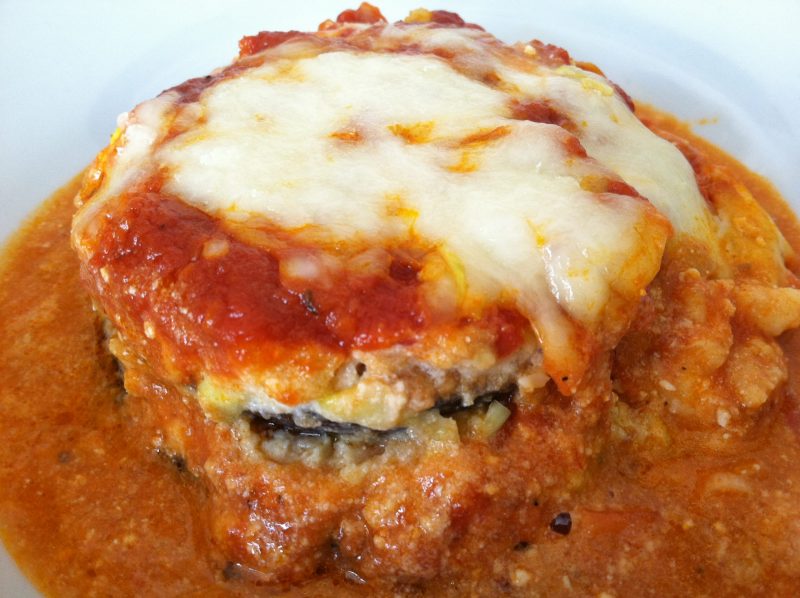 This recipe started out as zucchini and ricotta fritters.

Well, I have to tell you, it was more like fritter failure because the almond flour I used in the batter just didn’t work.

But the flavor was there, so I foraged through the refrigerator to see what I could come up with.

Abstaining from grains during Lent has thrown me a curve ball. There is the obvious no bread, cereal, pasta etc. but not using flour in anything is a challenge.

Almond flour or meal as it’s sometimes called, is simply ground almonds. You can grind your own or buy it at various markets. I’ve seen it at Whole Foods and Fry’s. It actually works quite well mixed with the Parmesan cheese as a replacement for breadcrumbs, making it gluten-free.

I made a new batch of filling leaving out the almond flour, (using it only as a breading this time). Even though you layer the eggplant and filling similar to a lasagna, the result is different. The filling oozes out and mingles with the marinara sauce creating this deliciously-rich sauce. And unlike lasagna, because I don’t overlap the eggplant, the servings of the eggplant stacks remain in tact, making a nice presentation.

Combine almond flour and Parmesan cheese. Dip eggplant slices in egg, then in flour-cheese mixture. Shake off excess. (See Eggs Nola for technique).
In a large skillet, heat olive oil and fry eggplant until lightly golden on each side. 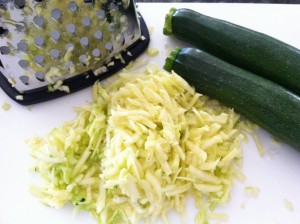 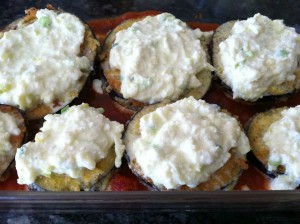 In a large oven-proof dish, spoon a bit of marinara sauce on the bottom and arrange a single layer of the eggplant slices.
Top each slice with a large spoonful of filling. Add another layer of eggplant (don’t overlap). I had more filling than eggplant, (I ate a few) so I decided to put it on the stacks. Now pour the rest of the marinara sauce over all. 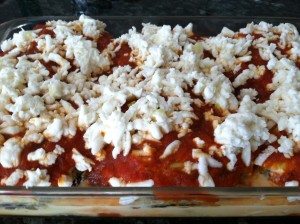 Add the mozzarella evenly over the sauce. Cover with foil and bake at 350* 45 minutes. 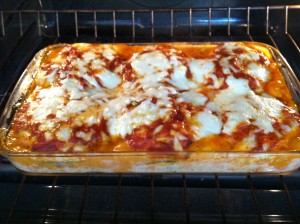 To serve, lift out an eggplant stack and place in a pasta bowl, spoon sauce around the stack. This would be really nice with a thick, crusty, chewy piece of rustic bread, to dip in the sauce. 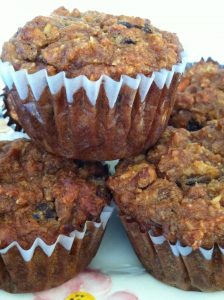 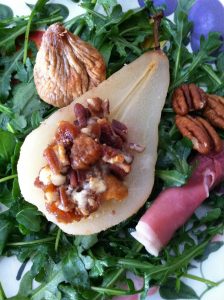