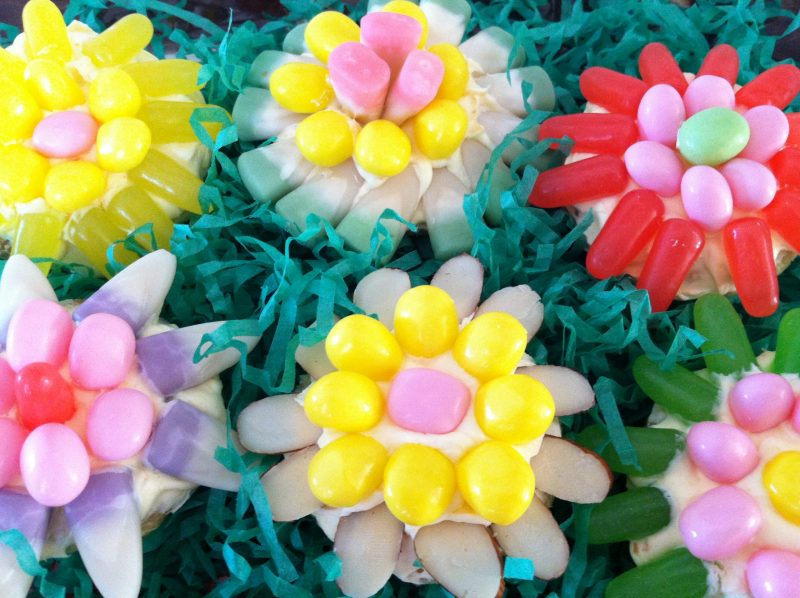 Who among us doesn’t love a good cupcake? Apparently not too many based on the number of cupcake shops popping up around town.

Have you seen the program Cupcake Wars currently airing on the food network? How many different recipes can they come up with week after week? It’s nothing short of amazing.  Well, we can thank Candace Nelson, the creator of Sprinkles, the first cupcake bakery (and a judge on the show) for the increased popularity.

The little cupcake has emerged and is no longer taking a backseat to cake. The “cup” cake got it’s name from the way the ingredients were measured in standard-sizes cups as opposed to being weighed which was the custom in the 19th century(and most bakers still prefer).

These bite size cakes were baked in tins the size of a teacup perpetuating them to be called “cup”cakes.

This post is about decorating your cupcakes. Use your favorite recipe or a mix. I made standard size and mini cupcakes as well as a few large ones in the flower cupcake paper you see with the candy.

The larger the cupcake the more candy you’ll use. These images are all mini’s because I use them to decorate the Easter Bunny Cake Tray. Using candy is  fun and easy and not at all messy. This is a perfect family activity and if you’re not into Easter egg coloring, decorate cupcakes instead.

These are so cute and look adorable on any buffet or dessert table too. You could also put one at each person’s place setting with a name card for Easter brunch or dinner . 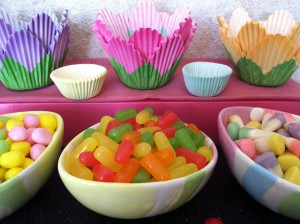 I used just three kinds of candy for all of the flowers.

Mike & Ike’s in the middle.

Brach’s Pastel Candy Corn. Who knew they had such a thing? I thought this was strictly Halloween candy. 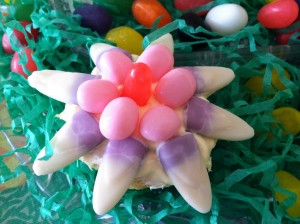 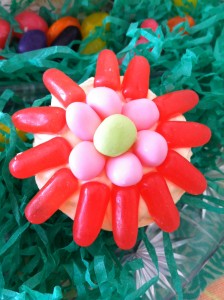 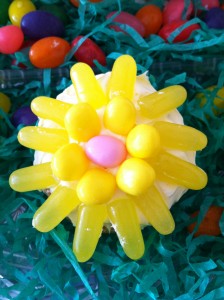 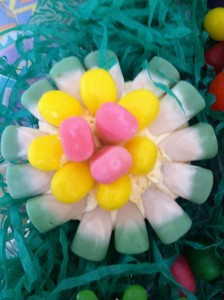 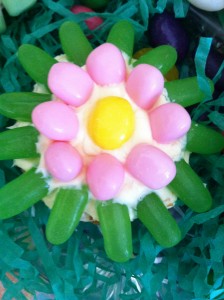 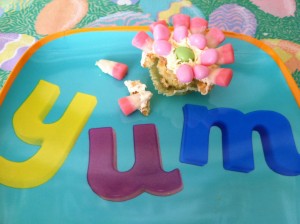 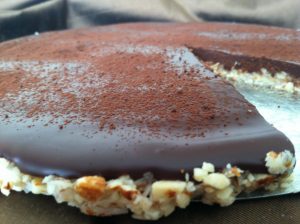 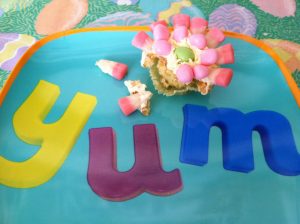