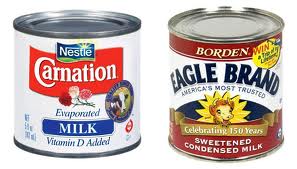 In the early 1900’s, canned milk was the milk of choice. At the time, fresh cow’s milk, contaminated with bacteria, was considered unsafe to drink (before FDA regulations).

These are two very different products, cannot be used interchangeably and it’s important to know the difference.

Evaporated Milk, is whole milk which has had 60 percent of the water removed, by way of evaporation. It’s them homogenized, rapidly chilled, fortified with vitamins and stabilizers, packaged and finally sterilized.

Sweetened Condensed Milk, also has 60 percent of the water removed and is pasteurized, but it differs from evaporated milk because it has the addition of sugar.

Because sugar inhibits the growth of microorganisms, further sterilization is unnecessary.

Today, fresh milk is considered by many, (but not all) safe to consume. Less than two percent of the United States milk production is canned, but if you peek inside the pantry of a southern woman’s home, you just know you’re going to find a can of sweetened condensed milk … to make a “magic pie” for y’all!

If you do not happen to have handy this sweetened milk in a can, you do not need to make a dash to the market because you can easily make it yourself. 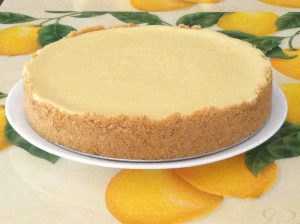 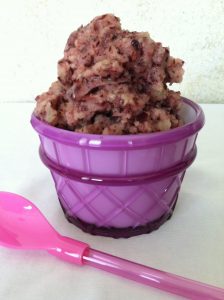