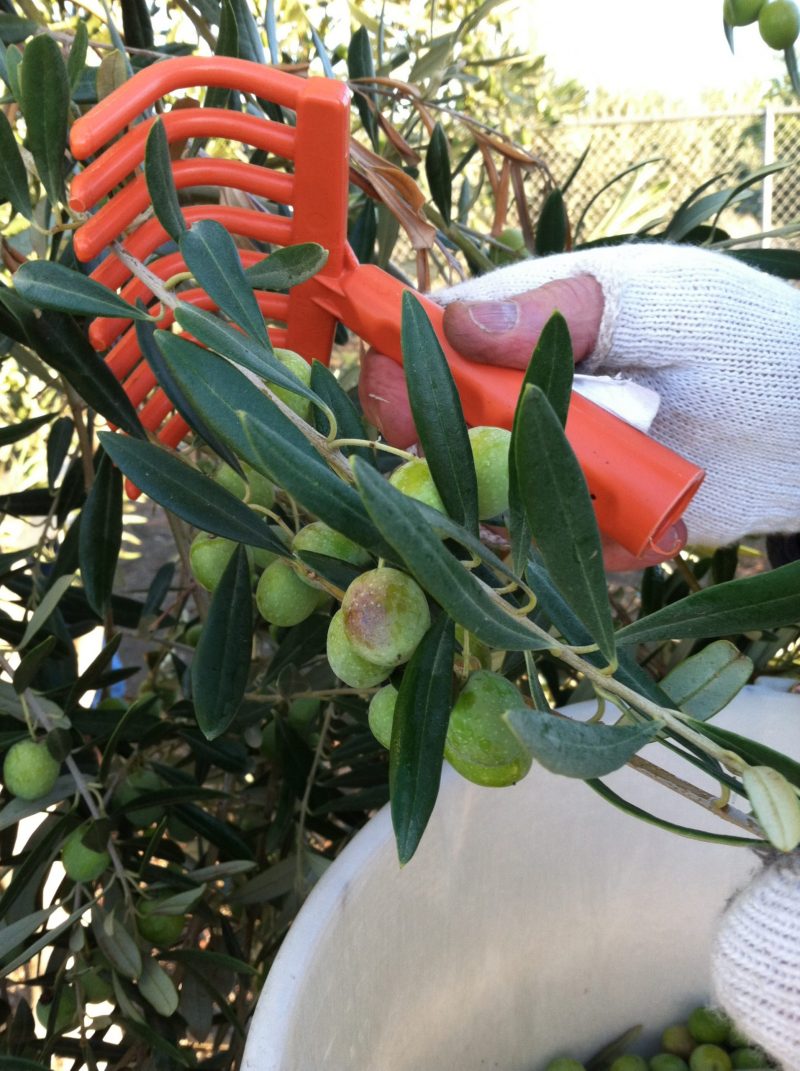 We were the first to arrive. The cool, crisp, invigorating air, typical of a northern California autumn morning, was perfect for a day of olive picking. The sun had not yet made its appearance, but the luminescence of the pre-dawn morning was just enough to guide Jack and me to the terrace that wrapped around the estate. Within moments of our arrival, Karen, the owner and master blender of the olive farm and mill, came to greet us. After offering us coffee and dolce, she excused herself to handle the final preparations for the harvest. Jack and I immediately gravitated to the warmth of the large outdoor fireplace, where we sipped coffee and gazed out at the silhouettes of the olive trees.

Whether they are in the hills of Tuscany, the Sicilian countryside or a family farm in California, I never tire of the sight of olive groves, a thing of beauty with their silvery-green leaves rustling in the slight breeze. It’s a picture right out of a romantic movie.

Others began to arrive, first just one or two, then small groups of friends and family. The last of the volunteers and hired workers arrived just as the sun peered over the horizon. We were divided into groups and given direction as to which part of the grove we would begin this annual tradition of the “crush,” the making of olive oil.

In the northern hemisphere, the harvest occurs in the fall and winter months. Many producers believe picking by hand is the best method for producing high, quality extra-virgin olive oil. To carry out this traditional method, we had the choice of using a basket to gather the fruit or a net. I strapped on a forward-facing basket (more like a harness really) over my shoulders and with my hands, gently slid the olives down the branch and directly into my basket. There were four or five of us working per tree, with the taller ones working the upper branches and those of us vertically challenged, on the lower ones. Thankfully, we weren’t long into the process before I remembered to put on my old, white cotton olive-picking gloves with the tips cut off, to avoid olive-stained hands. 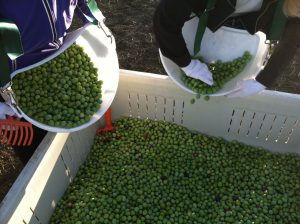 Once the basket is full, it gets dumped into a larger, ventilated olive bin. I felt a flush of satisfaction as I filled and emptied basket after basket (or in my case half a basket, as was all my petite frame could handle). Those who placed nets around the base of the trees were using a small, rastrello d’oliva, a bright orange, plastic rake, that can be used with a long wooden pole to reach the higher branches. The wide-toothed rake, combs the olives onto the net, becoming a carpet of green and then the olives are carefully transferred to the olive bin.

From the moment an olive is picked, it begins to oxidize and the clock to deterioration begins so we each worked purposefully, as time was of the essence. I did however; enjoy bits of conversation sprinkled with moments of laughter with my fellow pickers, but by mid-day, the California sunshine was bearing down as intensely as the shoulder straps of mi0 cestino di olive, so I was certainly ready for a lunch break!

The olive tree is a symbol of peace, victory and the endurance of life itself. A hearty evergreen tree, the olive can survive in most soils, live for hundreds of years and produce the most nourishing of oils.

“You know an olive is a fruit, right?” That’s the first question I asked guests who were visiting the agriturismo where I previously worked. “Actually, it’s a stone fruit, like a peach or a plum. The stones, also called pits, each contain a seed and the entire olive is crushed in the making of olive oil.” I enjoyed giving tours of the mill, especially during harvest season, when the mill was in full operation and the aroma of fragrant fresh olives permeated the atmosphere. I went on espousing the virtues of the olive, fielding questions and explaining how olives are transformed into oil, “Think of olive oil as the juice of the olive fruit,” I continued. They have a high percentage of water, so a press or centrifuge is the only mechanical method needed for extraction. This process maintains the olive’s flavor as well as the essential health properties. One of the most crucial factors in the process of making extra-virgin olive oil is to get the olives pressed into oil as soon as humanly possible. It must be within twenty-four hours to be considered extra-virgin and many fine producers accomplish this in a fraction of the time.” I am amazed at the number of people who have never even seen an olive tree and before we leave the grove, there is always at least one person who picks an olive, takes a bite, realizing immediately that it was a mistake, as a fresh olive is extremely bitter.

Once inside the building, I continue the olive oil 101 class. “The entire milling process is done without chemicals and must be done at a low temperature to retain the nutritious elements and flavor of the oil.”

Using the equipment as props made my job of explaining the process easier and allowed the visitors an up close and personal experience. Pointing to the defoliator, I explained, “After defoliation, which is the removal of any leaves/stems, the olives are washed and crushed into an olive paste via the hammer mill. The paste is then pumped into the malaxer (think of it as a large mixing bowl with spiral paddles). The malaxation process slowly mixes the olive paste, encouraging the oil droplets to separate from the solids and to adhere to one another. The timing of this process varies depending on the final product the miller is trying to achieve. The longer the olive paste is in the malaxer, the higher the yield but, the less bitter and pungent it is likely to be. Conversely, a shorter malaxation time may produce less oil with a distinct bitterness and pungency, which some producers prefer. After anywhere from fifteen to forty minutes, the paste is pumped into a horizontal centrifuge, spinning at the rate of 3500 resolutions per minute. This separates the oil from the solids and water. At this point, there remains some water in the oil, so it is transferred to a vertical separator with a conical bottom, allowing the oil and water to separate naturally.” As I scanned the enthusiastic faces, I noticed several persons in the group, nodding in agreement as one dairy farmer said out loud, “it’s just as cream separates from milk.” “The oil is now ready to transfer to large, oxygen-free, stainless steel, holding decanters, allowing for no air, heat or light exposure (the triple threat to the demise of an extra-virgin olive oil) waiting to be bottled.”

Abruptly interrupting my flashback of my tours at the olive mill, were delicious smells coming from the direction of the outdoor pizza oven and I suddenly realized just how famished I was. The end product of an exquisite extra-virgin olive oil is certainly worth the effort, but there is no doubt about it, picking the fruit is tiring work. Mangiamo (let’s eat), I heard someone shout … and pass the olio d’oliva, per favore!

After lunch, I was invited to the frantoio (the mill) and was thrilled to witness with my own eyes, the Pieralisi in action and have a taste of the new oil. The multi-phase decanter which boasts zero waste product is the newest technology that is available in the olive mill industry and is one of the first in the United States. Truly remarkable! The tasting room and glass viewing area, offers visitors the opportunity to watch the olive oil making process.

Although, I have seen this process countless times, it’s especially gratifying to witness the olives that I (and others) picked mere hours ago, transform into an excellent olive oil that is truly extra-virgin.

A few years ago, I was visiting a dear friend in the Lake Garda area (northern Italy). It was early spring and giddy as a school girl, Maria could hardly control her excitement as she showed me her new olive mill that she would use in the fall. This meant she no longer had to take her harvested olives to a community mill in town, resulting in fresher and better quality oil. But, 2014 was the worst olive harvest Italy has seen in nearly sixty years. Between the bactrocera oleae (olive fly), the starling and the bacteria infecting olive groves, there was little Italian olive oil. The olive fly, which lays its eggs under the skin of the olive so the larvae can feed on the olive flesh, was the first to devastate groves. The starling was another serious threat to the farmers, particularly in southern Italy and Sicily. These wild birds, which travel in flocks of thousands, damage the fruit with their droppings and can eat up to eleven pounds of olives per day.

But, perhaps the most heart-breaking of all was the outbreak of Xylella Fastidiosa, one of the world’s deadliest plant bacterium. Italy’s Puglia region, rich in tradition, is a land of ancient, silver-leafed olive groves and is where this insect-borne bacterium was discovered. The strain identified is a new genetic variant and posed a very high risk of spreading to other parts of Italy, as well as the rest of the European Union. For this reason, in April, 2015, the EU proposed and endorsed measures to address the threat and contain the bacterium. The measures called for the 74,000 acres of infected trees to be removed and destroyed. This narrow peninsula province, known as the “heel” of the boot, is enveloped by both the Adriatic and Ionian Seas and has been producing olive oil for thousands of years. I have friends in this area, shared in the bounties of their harvest and pictures of my son in olive groves of 500 year-old trees. Italy’s most important olive oil producing region is suffering an unimaginable loss. Many producers lost half of their harvest and others had not a single olive on a single tree. It’s enough to make a grown man … or woman cry!

“Olive trees represent everything that roots us, anchors us, identifies us and locates us in the world—whether it be belonging to a family, a community, a tribe, a nation, a religion, or, most of all, a place called home … we fight so intensely at times over olive trees because, at their best, they provide the feelings of self-esteem and belonging that are as essential for human survival as food in the belly.” Thomas L. Freidman’s, The Lexis and the Olive Tree. 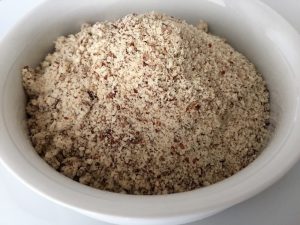 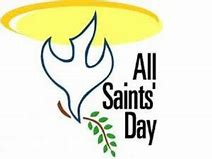 All Saint’s Day & All Soul’s Day