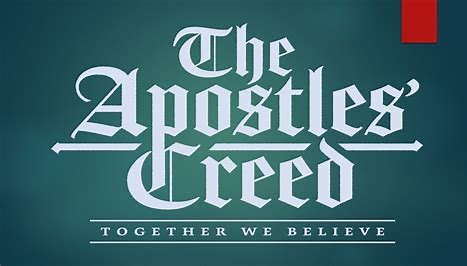 I believe in God,
the Father almighty,
Creator of heaven and earth,
and in Jesus Christ, his only Son, our Lord,
who was conceived by the Holy Spirit,
born of the Virgin Mary,
suffered under Pontius Pilate,
was crucified, died and was buried;
he descended into hell;
on the third day he rose again from the dead;
he ascended into heaven,
and is seated at the right hand of God the Father almighty;
from there he will come to judge the living and the dead.

I believe in the Holy Spirit,
the holy catholic Church,
the communion of saints,
the forgiveness of sins,
the resurrection of the body,
and life everlasting.

Profession of Faith: The Creed – The ancient Israelites had their own creedal-like summary statement of faith, found in Deuteronomy 6: 4-5.  It is known as the Shema, a Hebrew word meaning “hear” which is the first word of their statement of faith, “Hear, O Israel: The Lord our God is one Lord … “

In reciting the Shema, the Israelites expressed a different view of the world than was commonly accepted. The nations around Israel believed in multiple deities, they worshipped not the Creator, but the things he created, such as the sun, moon, stars, rivers and animals.

Israel’s Shema, however, emphasized belief in only one God. Israel’s God was the one true God over all and the Creator of all things that the pagans mistakenly viewed as deities. As such, the Shema was countercultural.

After the Homily, we stand and proclaim our profession of faith as we recite the Apostle’s Creed. This Creed is dated from the earliest period of the church. It is not only a statement of our beliefs, but it is a very powerful prayer. The Creed outlines salvation history and calls us to acknowledge the Lord for who He is and what He has done for us. 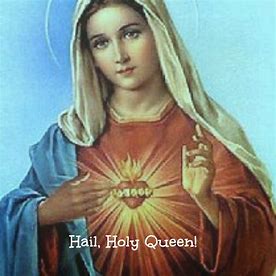 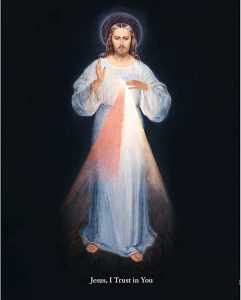