I believe that through food we really get to taste what is most authentic about a place … and taste is just what we did in Seattle! 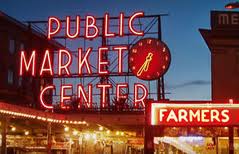 What better place to start than with the iconic Pike Place Market. A little history for those who aren’t familiar with the 105-year old Seattle landmark. Between 1906-1907, the cost of onions increased tenfold. The locals were outraged to have to pay price-gouging middlemen for their produce. Seattle City Councilman, Thomas Revelle proposed a public street that would connect the farmers directly to their consumers. Customers could “Meet the Producer” directly, a philosophy that is still the foundation of all Pike Place Market businesses.  On August 17, 1907, Pike Place Market was born. On the first day, a total of eight farmers brought their wagons to the corner of First Avenue and Pike Street. Today “The Market,” (as the locals say) is internationally recognized as America’s premier farmer’s market. It is home to over 200 commercial businesses and attracts 10 million visitors a year.  This is a must see on or off a tour. However, for the first timer, I highly recommend the fun, foodie, cultural excursion (Pike Place Market Tour) offered by Savor Seattle Food Tours. This is a behind-the-scenes 2 hour walking tour (rain or shine) that gives you a flavorful experience. Our group of 14 was treated to an insiders look at several of the vendors. We tasted everything from crab cakes, award-winning chowder and Beecher’ s Mac & Cheese (made even more famous thanks to Oprah) to Chukar’s Chocolate Cherries and tiny hot sugary donuts, coffee and more. We enjoyed the stories of the Market’s rich history and visited the original (sort of) Starbucks. The store at 1912 Pike Place is actually the second location, but we were told because they used the same permit as the first store this location is considered to be The Original Starbucks. 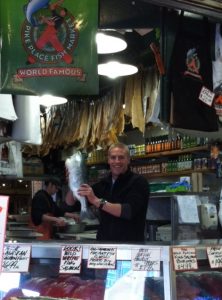 It wouldn’t be a visit to “The Market” without stopping by the famous fish throwing Pike Place Fish Boys.

Joe’ s football experience came in handy as he caught the large slippery fish on the first try.

After the tour Joe and I walked to the Victoria Clipper dock to pick up our boarding passes for our early morning ferry ride to Vancouver Island. Having walked off the mornings tastings we were ready to embark on our Gourmet Seattle Tour. We met our Savor Seattle tour guide, Brett, at the Yellow Leaf Cupcake Co. (I am attempting to recreate one of their cupcakes, will post it soon). By this time it’s raining, no pouring (by Arizona standards) but weather is an attitude and Brett’s was sunny! His quick wit and sense of humor was not wasted on this group of gourmands. Seattle is one of the great culinary centers of the world and this tour was our ticket to experience the most bites in the least amount of time. From appetizer to dessert we ate our way through downtown Seattle, Belltown and Pike Place Market (different places than the first tour). These tours focus on fresh, local, organic, seasonal and sustainable foods (that’s music to my ears).  All of the restaurants and foodie places we went to made us feel special as we were often greeted by the owner or chef. The tour lasted 3 hours and was at a comfortable pace. 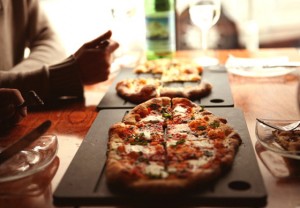 Serious Pie is seriously good! I can understand why this is Tyler Florence’s favorite (as seen on “Best Thing I Ever Ate”). I tasted the Yukon gold potato, rosemary and pecorino  pizza and the roasted hedgehog mushrooms with truffle cheese. OMG! 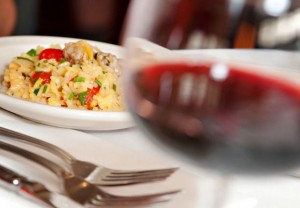 Tucked away under the Pike Place Market is Il Bistro, a Tuscany inspired restaurant featuring traditional Italian cuisine. The fresh high quality ingredients found in the “The Market” were apparent in this delicious risotto with mussels and clams. As the chef talked with the group we ate and sipped the wine that was thoughtfully paired with the risotto (I could have stayed all night in the dining room that we had all to ourselves). This was  just one of the many places we never would have had the time to visit and taste their cuisine had we not taken this tour. 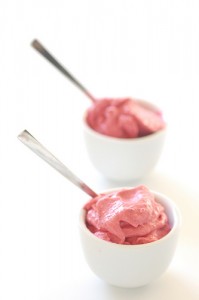 I had the opportunity to chat with Maria Coassin, the owner of Gelatiamo (fittingly our last stop on this gourmet food tour). She’s from Maniago, Friuli, a small town in northern Italy and comes from a family of bakers. Her brothers followed in the family tradition, (their bakery, Panificio Coassin has been in the family for 250 years) but Maria’s artistic talents turned to the making of gelato. Maria excused herself as the most adorable children appeared behind the display case, obviously deciding which flavors they were going to have. This was more than a Kodak moment–I saw myself in that picture frame helping my own (some day) precious grand-kids with their frozen selections … anyone listening???

It has been a wonderful experience but at the end of the evening, I was food drunk! Is there such a thing? Well, there is now! Thank-you Savor Seattle, I will return … and bring friends! 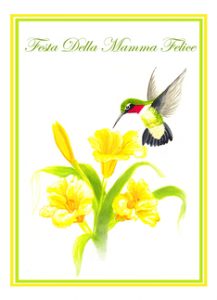 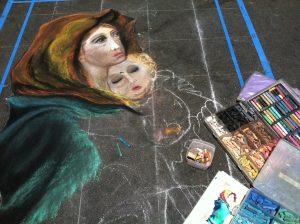