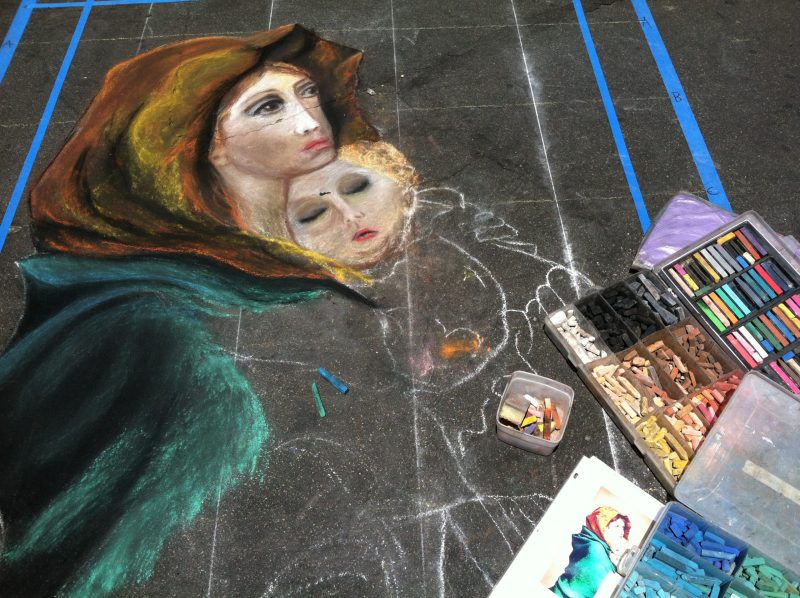 In 1993, Mario Cefalu, founder of Solunto’s Bakery wanted to recreate some of the traditions of his native Sicily. His vision included a celebration of music, art and of course food. After obtaining the necessary permits, a block of India Street in Little Italy (San Diego), was closed for the first-ever street festival. This Sicilian Festival has grown year after year attracting thousands. Although it became more crowded as the day went by,  it never felt like a mob (no pun intended) of people, just families talking, eating and dancing to the music. Several stages were setup in different locations to accommodate the various types of music. One could listen to accordion players, dueling pianos, Sicilian Swing, Italian hits and my personal favorite, opera.

Soprano Natalie Moran, was incredible!  I was on my way to meet a vendor when I heard this marvelous voice that literally had me turn around and walk in her direction. I don’t recall what she was singing, only how it made me feel … her music touched my heart. 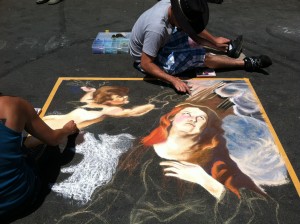 I witnessed both of these images (above and to the left) being drawn before my very eyes. Madonnari are Italian chalk artists who reproduce historically-inspired Master works of art. They were so called because they would paint images of the Madonna in front of  local churches in honor of religious celebrations. This street type of drawing has been around for centuries and was absolutely fascinating to watch. 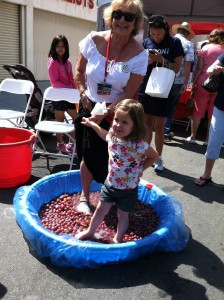 I think the reason I enjoy this type of festival is because, well, they’re Italian for one thing but there seems to be something for everyone.  There is an Italian car show, pasta eating contest, many food booths (always inspires me to go home and cook something-Italian Sausage and Peppers), even a grape stomp (there was a large wooden barrel for the adults). The Sicilian Cultural Pavilion was the place to talk with several interesting people. Vince  Sardina has been building fishing boat models since he was a boy and they are true works of art.  Richard Cavallaro, author of My Sicilian Legacy, the Struggles and Joys of three Generations was there to share his story.  The common thread with all of the Sicilian people I met that day was the sense of  pride they (we) have in their (our) Italian heritage. 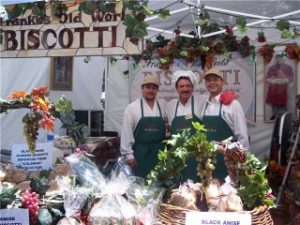 Frankie, the owner of Frankie’s Old World Biscotti, shared the story of  his sacred family recipe with me (just the story, not the recipe). The biscotti were originally part of  a local wedding custom and blessed by priests before baking for three days in a brick oven. The black anise seeds he uses are from his family’s farm in Calabria, Italy. The biscotti are not of the crisp hard variety, but poses a soft texture or as Frankie calls them,  ” The  biscotti with the soft heart.”  Each package of cookies comes with Nonna says … an Italian saying. This is the saying that was in my container: 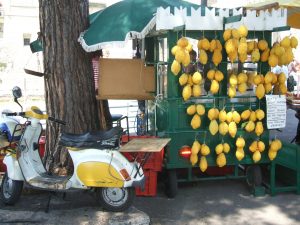 When Life Gives You Lemons …