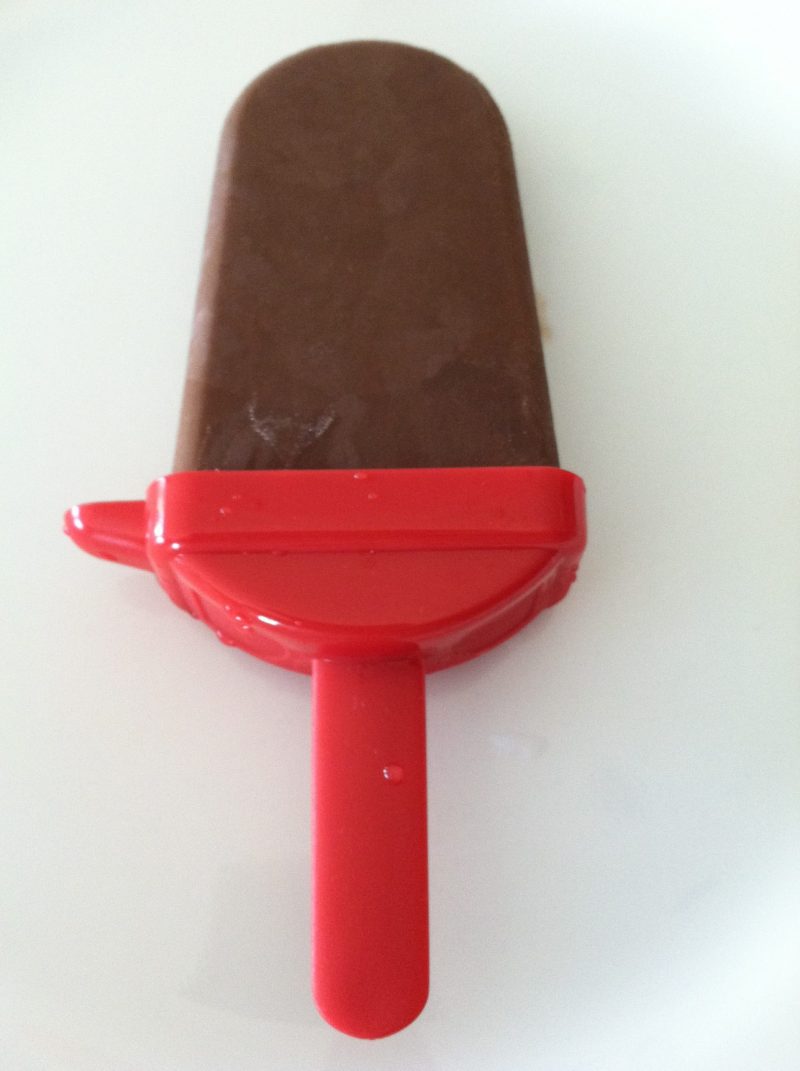 Nutella, smeared on a slice of toasted bread, has been a traditional Italian breakfast for decades.

Pasta Gianduja, the original version of Nutella, (Circa 1940’s) a thick paste, made into loaves for easy slicing and wrapped with foil, was used in making sandwiches for children. Sounds good, right? What kid wouldn’t want a chocolate-hazelnut sandwich?

The problem was, the little ones liked the thick slice of pasta gianduja but threw away the bread! So, Mr Ferrero (pastry maker and founder of Ferrero Co.) changed the recipe to make it spreadable.

This became so popular that Italian food markets started a service called “The Smearing,” where children would bring a slice of bread for a “smear” of supercrema gianduja.

So, what’s in this stuff? The ingredients are roasted hazelnuts, skim milk, cocoa, sugar, vanilla flavoring, lecithin (emulsifier) and palm oil (non hydrogenated, extracted from the fruit of the palm). There are no artificial colors or preservatives and it is gluten-free.

The saying, “Necessity is the mother of invention,” rings true for this product. During the 1940’s, very little cocoa was available because of the WWII rationing, so Pietro Ferrero added hazelnuts (50 in every 13-ounce jar) to extend his chocolate supply.

Nutella, renamed in 1964, should be stored at room temperature, refrigerated, it will harden (a texture reminiscent of the original Pasta Gianduja) and be unspreadable.

Although Mr. Ferrero suggests we shouldn’t refrigerate this luscious hazelnut spread, he didn’t say we couldn’t freeze it! 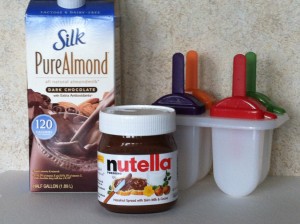 In a small bowl, mix together the dark chocolate almond milk and Nutella until smooth. Cover, refrigerate for 3 hours. 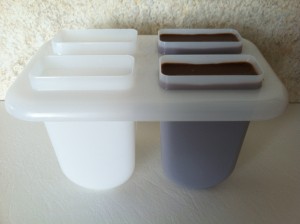 Pour the Nutella mixture into each of the four  popsicle molds, you will have a little left over, (if you can keep from guzzling it) try some in a coffee. 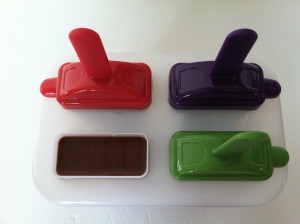 Put the tops on, gently place in freezer for several hours until firm (3-4 hours). 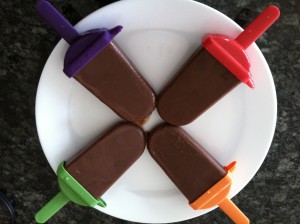 Remove the molds from freezer, carefully unmold by running a bit of warm water over the bottom and jiggling the handles. 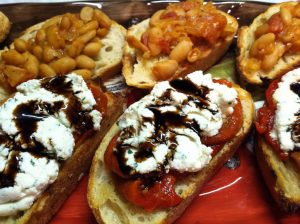 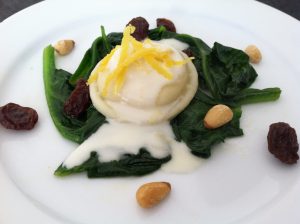