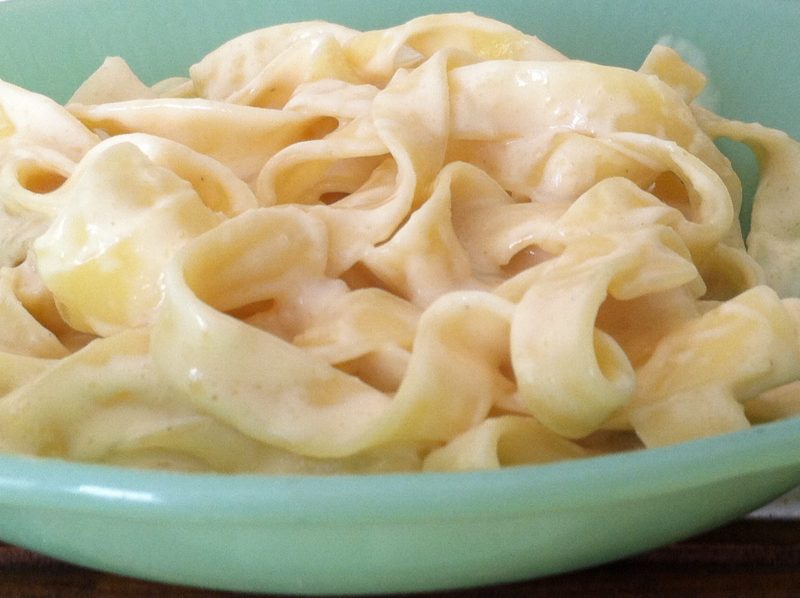 This sauce is a lighter version of the American fettuccine Alfredo. I say “American”  because if you ask for this dish in a restaurant in Italy, they will look at you as if to say, “Who is this Alfredo?” Now, if you were to order pasta al burro or pasta bianco, the “real”  Alfredo, you would be served a plate of pasta with butter and cheese. Although, fettuccine Alfredo is an American dish, it’s inspiration came from Alfredo all Augusteo, a little ristorante in the heart of Rome. When Chef Alfredo’s pregnant wife lost her appetite, the concerned husband made this simple butter and cheese sauce for her pasta. It was a hit, not only with his wife and customers, but with two honeymooning Hollywood movie stars, Mary Pickford and Douglas Fairbanks, Sr. Later that same year (1927), the American restaurant owner and writer George Rector, ate at Alfredo’s restaurant, he returned home and wrote a glowing review of the luscious pasta dish for the Saturday evening post. It didn’t take long for this rich cream-based dish to appear on the menu’s of Italian restaurants across America. What makes Fettuccine Alfredo an American version is the addition of  the heavy cream, which chefs added because the Parmesan cheese and butter available in the states was not as rich as those found in Italy. 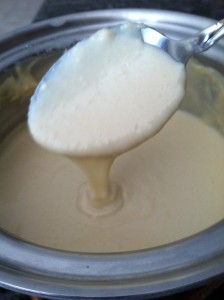 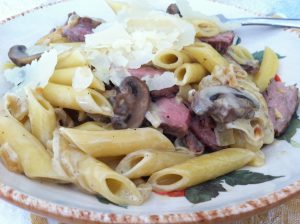 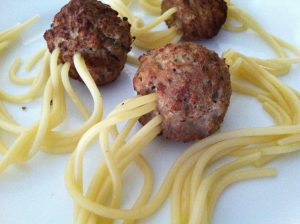