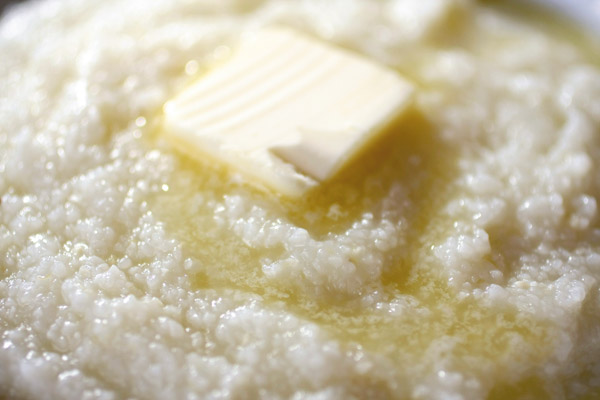 Is it grits or is it polenta? They both are dried corn, so what’s the difference? Yes, grits and polenta are both made from corn, but to answer that question, we need to understand the difference between hominy grits and plain old grits.

Hominy is made from field corn, that’s dried on the cob. The kernels are removed, cleaned and soaked in an alkaline solution, (the resulting chemical changes inside the corn will manifest themselves in a gruel that never gets totally creamy) the kernels are then hulled and dried.

Classic hominy grits are ground from hominy and sometimes (herein lies the confusion) simply called grits. Hominy grits are “grittier” than other grits, but they are not the only grits out there.

Many reputable firms such as Bob’s Red Mill, market both grits (plain old grits not hominy grits) and polenta as the same product …  both are cornmeal.

Historically, white corn grits were popular in the port cities of the south, while those living inland predominantly used yellow corn grits. There are three basic types of grits: instant grits, quick grits and stone ground grits. Unless you live in the South, the only type you’re likely to find in the market is quick grits (takes 5-7 minutes to cook).

Not to confuse the issue, but masa harina, the flour used to make corn tortillas, is also ground from hominy.

Polenta, grits kissing cousin, is a dish native to Italy, Northern Italy to be precise. Polenta is more finely ground than grits (although that’s arguable). Cooked until thick and creamy, grits and polenta offer an inexpensive and very versatile blank canvas just waiting to be topped with a savory stew, sauteed greens, a hearty ragu, meats, poultry or seafood. Adorned with a simple sauce, fried egg or only a pat of butter, enjoy a bowl of  plain old grits or polenta … because they are pretty much the same thing!

To serve, eat as is or top with Southern Comfort Brisket, Stufato di Manzo or Grillades & Creole Sauce. 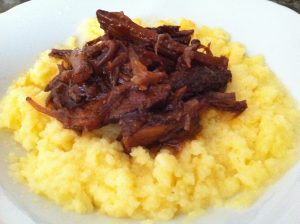 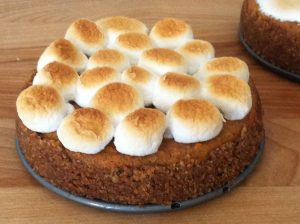