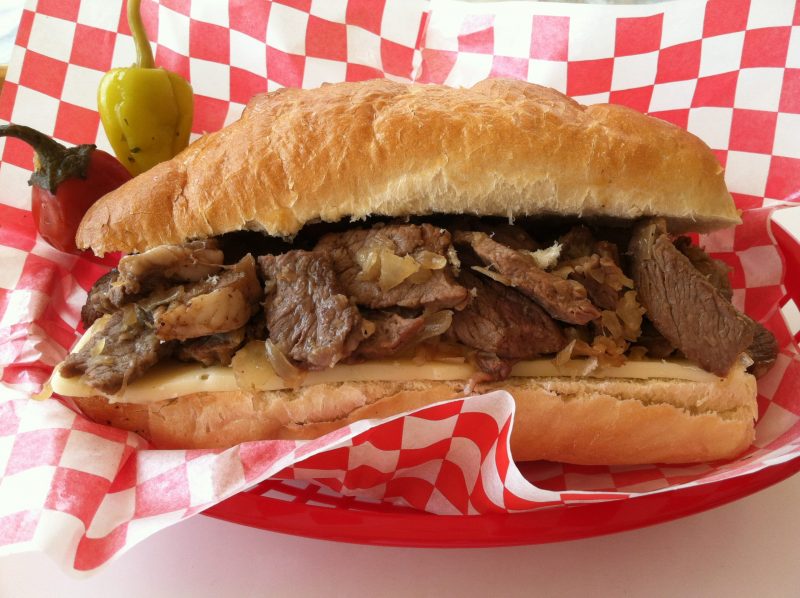 Thin slices of frizzled beef, melted cheese and a bun that is crispy on the outside and soft and tender on the inside, are the quintessential ingredients of this famous sandwich.

In 1930, twenty-five year old, Pasquali “Pat” Olivieri, opened a hot dog stand to serve the lunch crowd in the area. Wishing to offer something other than hot dogs, Pat sent his brother, Harry, to the local butcher for steak, fried it on his hot dog grill and this Philadelphia cultural icon was born.

It wasn’t until 1949, that an idea from an employee to add cheese, turned this into the Cheese Steak. In 1952, when “Cheese Wiz” (canned cheese sauce) was created, it was so popular that it became the topping for this steak sandwich.

The Olivieri’s weren’t the only Italian immigrants to make a name for themselves by creating a sandwich. In 1906, Sicilian, Salvatore Lupo, opened Central Grocery in New Orleans, home of the famous Muffuletta.

And in 1965, a young man (17 years old) opened his first sandwich shop in Bridgeport, Connecticut. Nine years later, that shop had evolved into sixteen others throughout the state. Today, that simple sandwich shop started by young Fred DeLuca, seems to be as prevalent as Starbucks. Perhaps you’ve seen them … they are called Subway.

This recipe makes four Cheese Steaks. We ate two, wrapped the other two in foil, refrigerated them for later. They can be reheated in a 350* oven.

We gobbled up our Cheese Steaks before I could take a picture. This picture is of a sandwich that I was wrapping for later, so I let the meat cool before spooning it on top of the cheese. Once you reheat it, allowing the meat and cheese to meld together, it transforms into the meat-y, cheese-y melted goodness this sandwich is famous for. 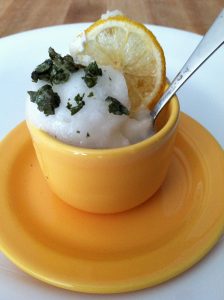 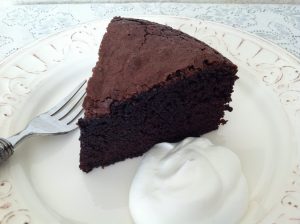