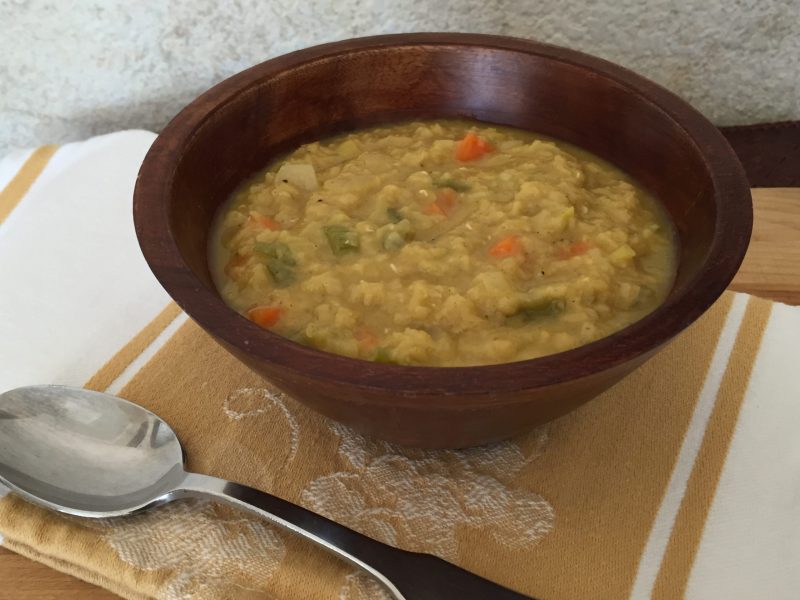 Referring to the lentil soup his brother was cooking, Esau said to Jacob, “Let me gulp down some of that red stuff, I am famished.”
(Gen. 25:30)

This biblical verse goes on to explain that Esau sold his birthright for a bowl of this pottage, which has become a metaphor to describe giving away something of value in exchange for very little.

Lentils come in different colors, the most common are brown, green and red with various shades in between. I use the brown, which have a mild earthy flavor in my minestra di lenticche and lemon-y lentil and chickpea soup. Although, I’ve eaten the green variety, which have a kind of peppery flavor, I don’t recall ever cooking them. Red lentils have a slightly sweet, nutty taste and tend to get soft, almost mushy in texture (desirable in this recipe). But, here’s the spoiler alert; red lentils do not stay red! When cooked properly, they change color transforming to pink and then yellow!

Low in fat, high in fiber, versatile and very economical is why you will always find these little legumes in my pantry. This healthy, hearty, one-pot meal is flavorful and a cinch to make. 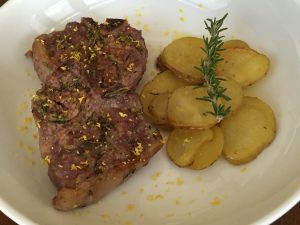 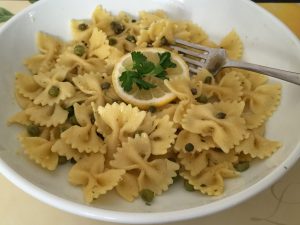