First Saturdays – A Devotion to the Immaculate Heart of Mary 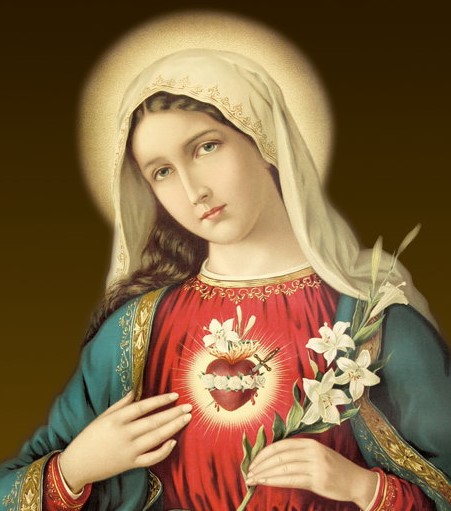 Most images of the Immaculate Heart show one or more swords piercing the Heart of Mary. Simeon told the Blessed Mother that “a sword will pierce through your own soul” (Luke 2:35). This indicates the sorrows that Mary would experience, particularly through Jesus’ Passion.

So, what is a devotion? A devotion is an expression of love for God which is conveyed through particular actions or prayers. Generally, these actions take on a somewhat standardized practice that can be performed habitually (that is at particular times and in particular ways). While these actions can sometimes seem like mere routine to an outside observer, the standardization allows us to unite our expressions of love for God with family, friends, and even all members of the universal church.

Devotions come in many forms and can be of great benefit in fostering one’s personal spiritual life. This is because the prayers and actions we perform daily begin to resonate within our souls. They begin to flow out from deep within and harmonize our thoughts and actions with the mind of God.

Devotions can be either public or private. Private devotions are those fostered by individuals for their own spiritual benefit. On the other hand, public devotions are prayers and actions which are communal. They are promoted for the benefit of the masses and help groups of people (whether they be friends, families, or even strangers) share a common spiritual life.

One of the greatest miracles in modern times occurred in Portugal in 1917. It was the culmination of a series of appearances by the Blessed Virgin Mary to three children, Jacinto and Francisco Marto, and Lucia dos Santos at Fatima. Over 70,000 people (both believers and non-believers) witnessed the “miracle of the sun” and watched in awe as the sun danced in the sky, spinning like a ball of fire and strewing red flames across the sky. After performing this dance three times, the sun began to tremble and plunge toward the earth in a zig-zag pattern. The whole event lasted approximately 10 minutes after which the sun returned to its normal position.

It is important not to let the message of Fatima be lost by the awe of the miracle of the sun. The Blessed Virgin Mary appeared to the children revealing many things, including the pains that souls suffer in hell, and the great wounds Mary’s heart bears as a result of sin.

Moreover, she asked that Russia specifically be consecrated to her immaculate heart and that we dedicate ourselves to praying the rosary.

The Five First Saturdays Devotion continues the major theme of the Fatima visitations, namely the need to pray for the expiation of sins that wound the heart of Mary. And that God is asking us to make reparation for the sins of the world. The Angel in 1916 taught the children prayers of reparation and asked them to do penance. The Blessed Virgin also called for prayers and acts of reparation, and, on July 13, 1917, she promised that she would return to request a special kind of reparation. She did this in 1929, appearing to Lucia, now a novice in a Spanish community, and delivered this message:

“See, my daughter, my Heart encircled by thorns with which ungrateful men pierce it at every moment by their blasphemies and ingratitude. Do you, at least, strive to console me. Tell them that I promise to assist at the hour of death, with the graces necessary for salvation, all those who, on the first Saturday of five consecutive months, shall confess, receive Holy Communion, recite five decades of the Rosary, and keep me company for fifteen minutes while meditating on the mysteries of the Rosary, with the intention of making reparation to me.”

This is a request that is ongoing, and one that is still needed today, if not more so, than in 1929. It is also one within the reach of every Catholic. And in fulfilling it, we please Our Lord, who like any son is pleased by others coming to the defense of his mother’s honor.

Why Five First Saturdays? Lucia answered this question in a letter to her confessor in 1930. In her letter, Lucia explains a vision she received from Our Lord Jesus. In this vision, Our Lord Jesus explained the following:

The five first Saturdays correspond to the five kinds of offenses and blasphemies committed against the Immaculate Heart of Mary. They are:

First: Blasphemies against the Immaculate Conception

Second: Blasphemies against her Virginity

Third: Blasphemies against her Divine Maternity, at the same time the refusal to accept her as the Mother of all men

Fourth: Instilling, indifference, scorn and even hatred towards this Immaculate Mother in the hearts of children

The specification of five Saturdays by Our Lord Himself, to repay for sins against His Mother, emphasizes the high regard with which Jesus esteems her and confirms Her motherhood for all believers. Catholics are often criticized for the honors that we give to Mary. However, in esteeming Mary, we are following the example of Christ himself. As we revere Mary we walk in the footsteps of Christ. Mary is our mother and dispenser of the graces Christ merited for us.

In her capacity as our mother, Mary is the most powerful and tender dispenser of grace for which we could hope. Pope Pius X confirmed this when he stated, “Hence it follows, as We have already pointed out, that the Virgin is more powerful than all others as a means for uniting mankind with Christ.”

This truth lies at the heart of the First Saturdays Devotion and serves as a wonderful means of growing closer to our Mother Mary.

According to Catholic teaching, the hearts of Mary and Jesus are deeply entwined. Servant of God, Lúcia Santos, one of the visionaries of Fatima, said, “(While Jesus was in Mary’s womb), “The work of our redemption began at the moment when the Word descended from Heaven in order to assume a human body in the womb of Mary. From that moment, and for the next nine months, the Blood of Christ was the Blood of Mary, taken from Her Immaculate Heart; the Heart of Christ was beating in unison with the Heart of Mary.”

And St. Paul of the Cross said, “Where Mary is, there is the Son!” As many popes and saints have taught, Mary always points the faithful to Jesus. 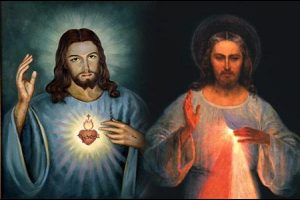 Connection Between Divine Mercy and the Sacred Heart of Jesus 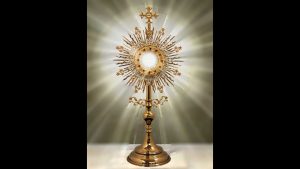