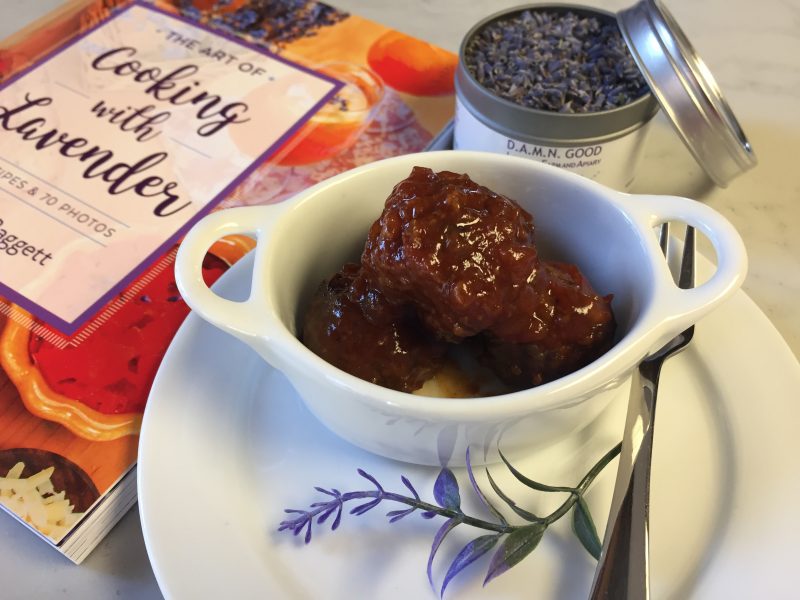 Lavender originated in the Mediterranean and is a staple of French cooking (Italian cooking, not so much). Lavender is in the Lamiaceae or mint family, but that doesn’t mean that it smells like mint. This family contains about 7000 species and includes culinary greats like basil, thyme, rosemary, sage, and oregano (herbs that are prevalent in Italian cooking). Lavender looks similar to sage and rosemary with purple flowers and leaves that look like flat evergreen needles.

This herb has a very distinct scent. Once you’ve smelled lavender, you will recognize it immediately. Overall, it has a delicate, sweet smell that is floral, herbal, and evergreen woodsy at the same time. I have used lavender in baked goods and beverages with great results, however, I have been a bit reluctant to use it in savory dishes … until now.

After my recent visits to several lavender farms, I have learned that English lavender is the variety most commonly used as a culinary herb. Its floral sweetness and citrus notes can complement a wide range of foods ranging from meats to desserts. After doing a bit of research, I have discovered that since rosemary and lavender are closely related it will pair well with most of the other herbs and spices that typically accompany lavender in savory recipes. So, I decided to take the plunge and make this saucy appetizer (with a few modifications). It is from the book in the photo. The lavender adds a subtle note to the zesty sauce that can also liven up skewers of grilled meat or chicken. 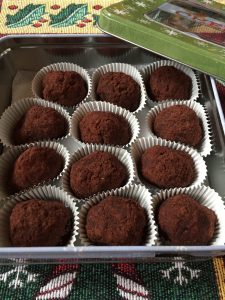 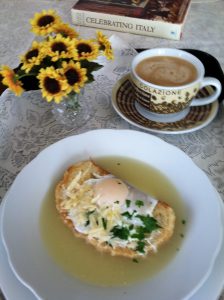