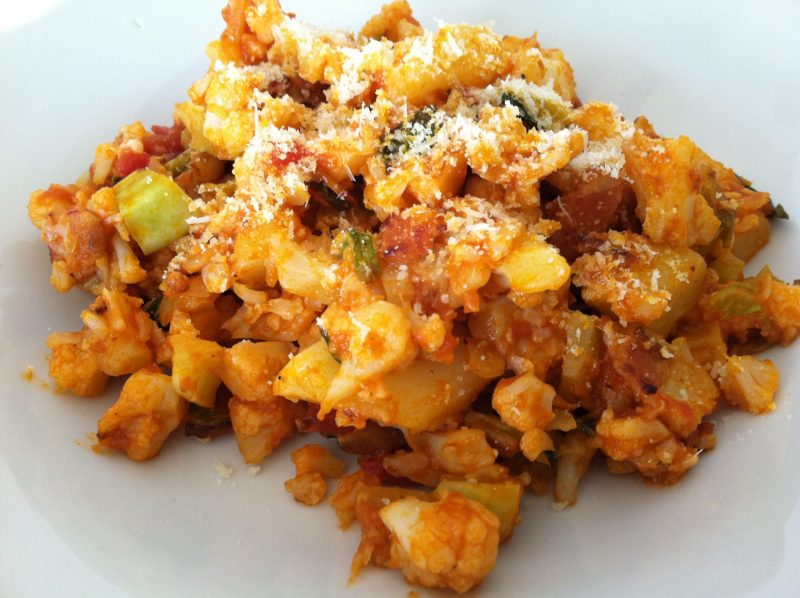 This recipe was created by a sous chef at the St. Louie Union Train Station, for the droves of Italian immigrants passing through in the late 1800’s. I came across it while reading Appetite for America. It is the story of Fred Harvey, a young immigrant who worked his way up from dishwasher to founding father of the nation’s service industry. This determined entrepreneur built his business from a single lunch counter into a family empire that stretched across the Wild West. It is a fascinating read of how a visionary young man changed the way Americans eat, drink, sleep and travel.
Last week I had the opportunity to attend a luncheon for Stephen Fried, the author. Stephen is a gifted and engaging story teller on paper and in person. The lunch served was a Fred Harvey recipe “Beef Tenderloin Stroganoff.” The only thing that would have made this afternoon any better is if I had been enjoying this meal as a passenger on the Santa Fe Railroad, just like Presidents, princes and countless numbers of other travelers have in the past. Stephen has included some of his favorite recipes in the book and this recipe for Cauliflower Greens Restelli caught my eye. Now, I’ve made cauliflower in a variety of ways and I certainly have used red sauce a time or two, but never have I married the two in a dish. I have never used the greens and the stem of the cauliflower either. I stayed true to the original recipe with the exception of sauteing the cauliflower stem and greens (as opposed to boiling), and I used a marinara sauce instead of tomatoes and puree. I served it with meatballs cooked in the marinara … it was delicious! For another version of this recipe try Cauliflower Greens and Eggs. 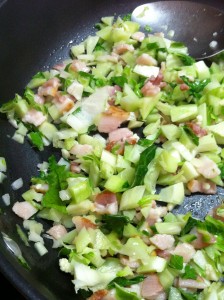 After I cut them, I was very surprised by how much there was of the green leaves and stems, and to think I’ve always just thrown them away.

In a large skillet, heat the olive oil, add the bacon, onion, leaves and stems of cauliflower. Saute until bacon is cooked and veggies are tender. Season with salt and pepper.

Wild buffalo fed the early traveler in the West and for doing so they put his picture on a nickle.
Well, Fred Harvey took up where the buffalo left off. For what he has done for the traveler, one of his waitress’s pictures (with an arm load of delicious ham and eggs) should be placed on both sides of every dime. He has kept the West in food-and wives. 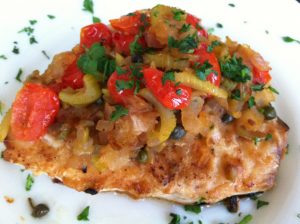 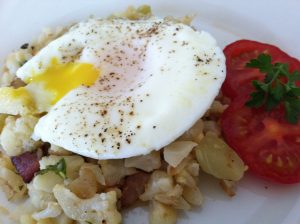