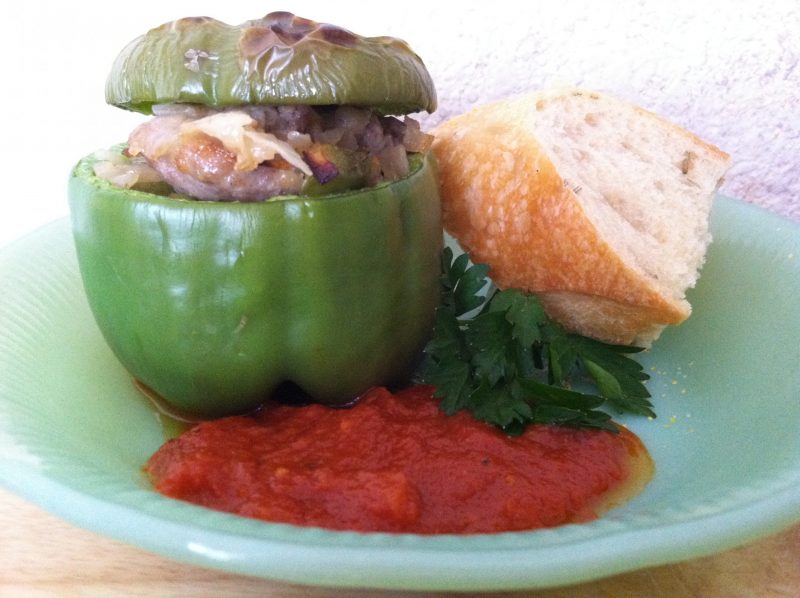 The ubiquitous sausage and peppers sandwich prevails at just about every Italian festival I’ve ever attended, including this past weekend’s Sicilian Festival in San Diego. It’s the quintessential street food with it’s rustic simplicity and rich and lusty flavors. The pairing of great tasting Italian sausage with the caramel sweetness of onions and peppers is a combination made in heaven. During the 1500’s with very little fresh meat available and the lack of refrigeration, sausage-making was a way to make the most from every bit of meat that came your way. Sausage peddlers in Italian towns were a familiar sight.  There was  variety of fresh, dried and salted sausages. It was during the Middle Ages that sausage-making really took off, so what began out of necessity turned into culinary comfort food for Italians and non-Italians across the globe. I have taken the liberty to dress this classic up a bit. I wanted to serve a simple street type food at a dinner party but found an alternative to the sandwich. The flavors are all here … just rearranged. 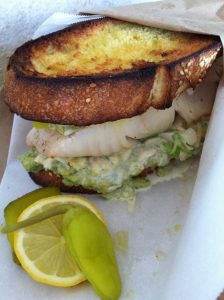 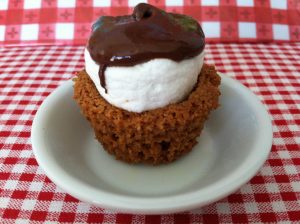