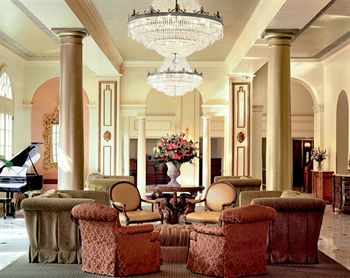 My favorite hotel in the Vieux Carre (French Quarter) is the Bourbon Orleans. The original building that is the Historic Orleans Ballroom, consists of the lobby, cafe and kitchens.

The grand Masquerade Balls, held at this famous address, were the toast of the town, an envy of Europe’s finest cities and said to be the most impressive galas held on American soil.

The theater burned in 1866, but the ballroom survived the fire and still stands today.

It is in this historic building, that my son and I enjoyed a very special Mother’s Day Brunch.

The Orleans Ballroom, has served as a legislative meeting place for city and state officials and within these walls, Andrew Jackson announced his candidacy for President of the United States.

But, it is not the splendid architecture or the grandeur of the ballroom that dominates historical documents. The Orleans Ballroom was most commonly referred to as the “Quadroon Ballroom.”

In Antebellum New Orleans, there were Creoles (a white person born in New Orleans to European parents) and a sizable population of free men and women of mixed race.  On legal documents, they were described as gens de couleur and femmes de couleur.

During this time, it was not uncommon for a young white Creole man to take a femme de couleur as a mistress, known as placage (a common-law marriage between two people of different races).

Children born of the first generation of placage were called Mulattoes. Those of the second generation were Quadroons (one-quarter African). They did not consider themselves black but as Creoles of Color. They spoke French and had French names.

The best way for the Quadroon ladies to live within the boundaries of decency was to become a mistress of a Creole man through placage.

The Quadroon Balls were an acceptable function that allowed a man to choose his mistress. The mother, who accompanied her daughter as chaperone, also negotiated the financial arrangements. This included a furnished home for her daughter, (that she would own) and financial needs for her and any children. These arrangements would often last a lifetime.

Children born in Placage took their white father’s name and were supported by him. (Unlike Plantation life, when children of slaves and their white masters were not openly recognized).

The balls ended prior to the Civil War.

This elegant building with the wrought-iron balconies and colorful past, the treasure of the Vieux Carre, still standing at 717 Orleans Ave … is the Bourbon Orleans. 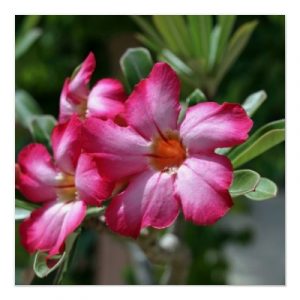 The Miracle of Spring