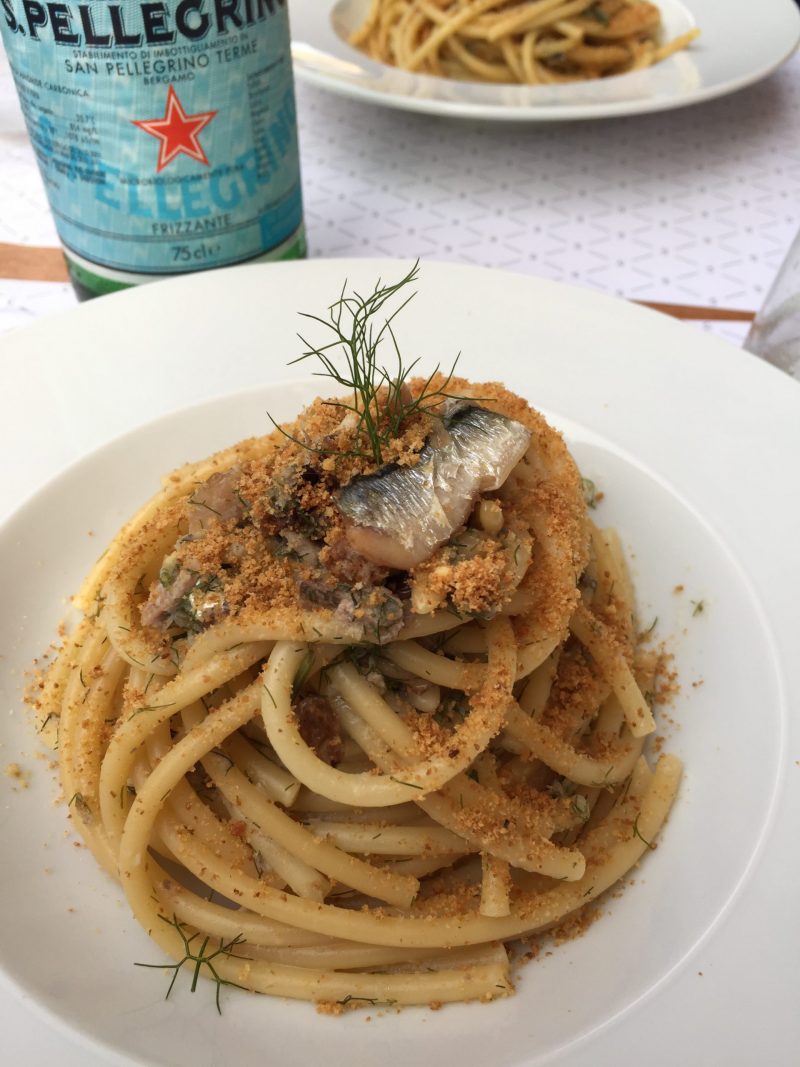 Of all the delicious dishes (dolci excluded) I have enjoyed in Sicily, my most memorable meal is Pasta con le Sarde.

My mother and I were vacationing in Italy. This was the first trip to the “old” country for both of us and we were making the journey together. What you should know about “mom” is that she has been a finicky eater all her life. Her petite frame of five feet tall in heels (which we both naively wore on the cobblestone streets of Italy) and one hundred pounds soaking wet, existed on a short list of favorite foods, preferably prepared the way her mother made them. Her complaints about the food were both a disappointment and a source of frustration, as they tainted the beginning of our trip.

After our overnight crossing, we arrived in Sicily on Mother’s Day (the trip was my gift to her). It was a glorious spring day and fragrant fresh flowers permeated the entire Island. We stopped for cappuccini and I purchased  a small bunch of flowers for my mother from one of the dashing and strikingly handsome Italian vendors. He recommended a lovely trattatoria (his family owned and operated) for lunch. We were greeted by the gregarious flower vendor’s mother and after a conversation (which neither of us understood) momma returned with two bowls of Pasta con le Sarde. I knew the only fish my mother liked was fillet of sole, so I took a deep breath and silently said a prayer as I watched my mother take a large forkful of food. One bite led to another and another until the entire plate was clean (which pleased “momma” enormously). This was the turning point of our trip! And not only that trip, but subsequent mother and daughter holidays. My mother’s sense of adventure for food and travel (one involving a float plane, a small boat, moose meat and shots of whiskey) was apparently awakened!

Sicily, surrounded by water, has an abundant source of fresh fish. Unfortunately, fresh sardines as well as wild fennel are difficult to find in Arizona. For this reason, I have improvised by using canned sardines and the cultivated fennel that you’ll find in your local grocery store.

Many variations of pasta con le sarde exist throughout the island, but like most pasta dishes with fish, a topping of grated cheese is never added. At first glance, the ingredients list may seem an unlikely combination. The salty sardines, sweet currents, slightly bitter fennel and olive oil, I … no make that mom, would assure you these disparate ingredients come together in harmony (much like our family comes together at the table) to create this delicious Sicilian classic.

Pasta con le Sarde is one of the traditional meals served on March 19th for the Feast of San Giuseppe, the patron saint of Sicily. Pasta Milanese with Saint Joseph’s Sawdust and Sfinci di San Giuseppe are others. 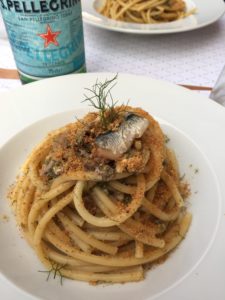 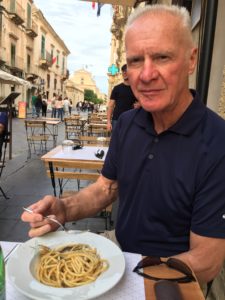 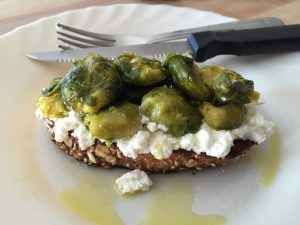 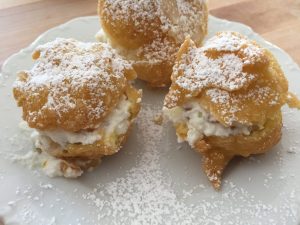